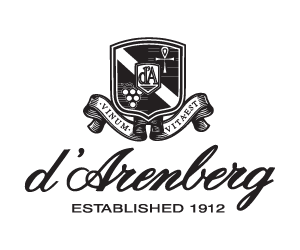 Established in 1912, d’Arenberg began when Joseph Osborn, a teetotaler and racehorse owner, sold his stable of horses to purchase property in McLaren Vale, South Australia. Since then, each generation of the Osborn family has passed on knowledge and understanding of their land to the next generations as custodians of their precious soil.

Today fourth generation family member Chester makes distinctive wines using traditional methods both in the vineyard and the winery. The personality of each vineyard is encouraged to flourish with minimal intervention: no fertiliser, minimal or no irrigation, no soil cultivation and no herbicide.

Known for an eclectic portfolio of oddly named wines and a bold red stripe that adorns each bottle, the range is considerable with over 70 wines in the range made from over 25 grape varieties with styles that include whites, reds, fortified, sparkling and dessert wines.