Celebrating A $50M Government Boost, Australia’s First Families Of Wine Continues Its International Engagement, Heading Back To The USA This Month 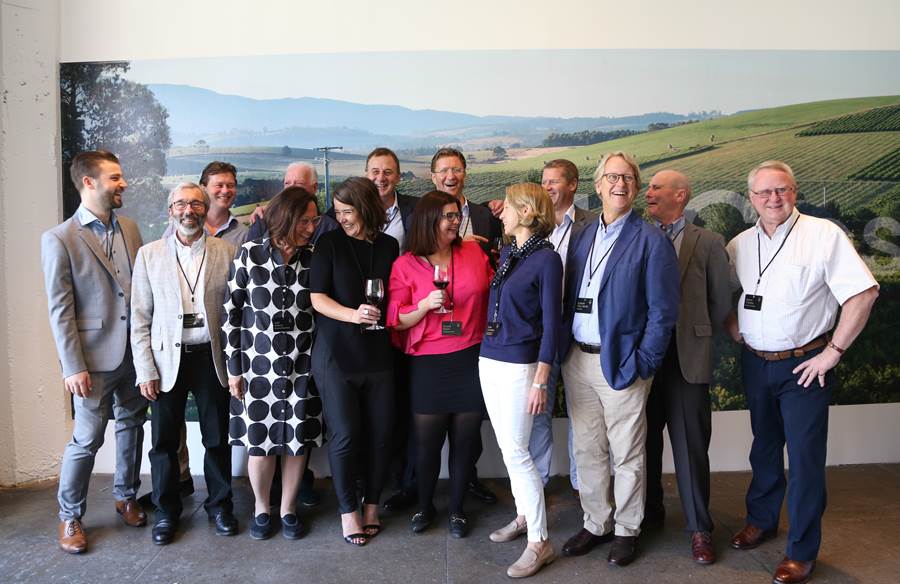 As part of its continued commitment to spruiking the quality Australian wine message at home and around the globe, this month Australia’s First Families of Wine (AFFW) is heading back to the USA for the second time in two years, as part of Wine Australia’s Spring Roadshow – Australia Up Close.

AFFW is made up of twelve of this country’s oldest and most respected multi-generational, family owned wineries who between them share 1380 years of collective winemaking experience across 50 generations and 16 regions around Australia.
Following on from last week’s budget announcement of the allocation of a $50 million Export and Regional Wine Support Package over four years to grow the value of wine exports and wine tourism at home and abroad, it appears that AFFW is ahead of the curve.
Launching in 2009, AFFW has already independently funded launches in the UK; Canada, twice; top tier cities in China and Hong Kong and they are heading back to the USA later this month, to educate media, trade and consumers about quality Aussie wine.
This announcement is a boon to the Australian industry overall. And it plays to what AFFW stands for: rich history, provenance, quality and as the custodians of some of the most iconic vineyards in the land, AFFW is perfectly positioned to tell their tales of the past and point to their innovation for the future.

And why the USA again so soon?

AFFW Chairman Bruce Tyrrell from Tyrrell’s Wines (1858), in the Hunter Valley explains, ”As a group, AFFW is delighted to be joining with Wine Australia’s Spring Roadshow – Australia Up Close later this month. We’re going back to the five cities around the US as a
group for a second time – our first visit was in 2015 – to support Wine Australia’s efforts in driving the Australian category and to continue the story-telling we started then. The US is a major player and an important market in the world of wine and we look forward to sharing our wares, telling our tales and meeting trade and media to continue the reignited interest in quality Australian wine.”

Senator the Hon Anne Ruston, Assistant Minister for Agriculture and Water Resource in the Turnbull Government, has long been a champion of the Australian wine industry and is delighted to have been instrumental in securing the $50 million funding for the next four years, to focus Wine Australia’s efforts in export markets and consolidate success at home.
Senator the Hon Anne Ruston said, “It’s been great to work with the wine industry to secure this funding and help put more Australian wine on dinner tables around the world. We’re an exporting nation – we’re not going to get rich selling to ourselves. The commitment of Australia’s First Families of Wine to this effort is a stellar example of the industry moving quickly and decisively to leverage the opportunity this funding represents.”

Bruce Tyrrell welcomes the government’s budget announcement, noting that the group also has plans to return to China, another focus growth market highlighted, in 2018 to, “Educate, engage with a new flourishing new wine market who is not only sizeable but has a thirst for knowledge and a developing appreciation and lust for quality in one of the most ancient wine markets in the world. These are exciting vinous times and as a group, AFFW is at the forefront of Australian wine heritage. A nice platform to spring from.”