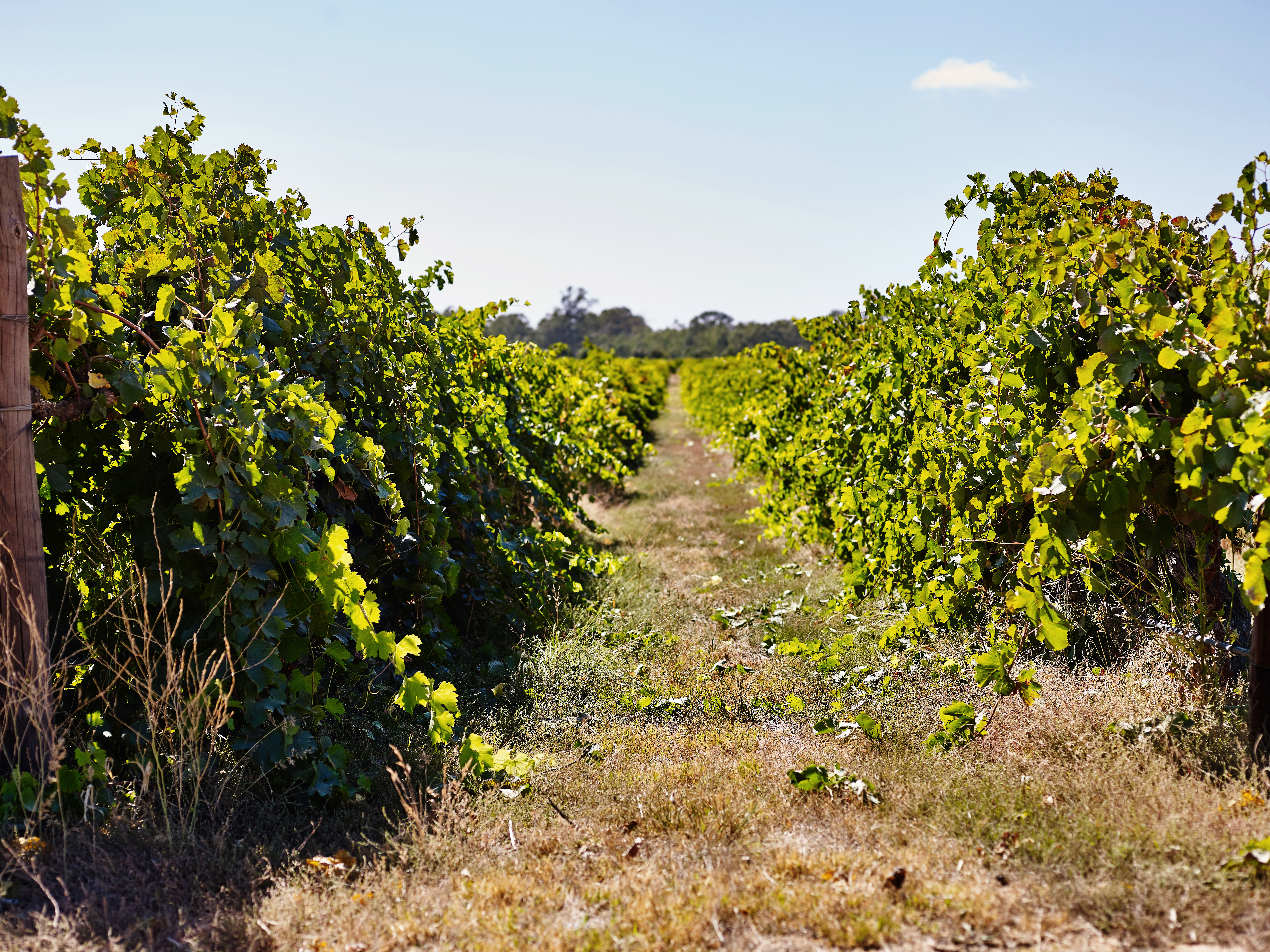 He and his team have been working hard through the heat, winds, lack of rainfall and bushfires to ensure Tahbilk will still have a successful vintage.

“It has been a very tough season in the vineyards right around Australia. It has been very hot, very dry and very windy. Add to this a couple of frosts and some hail then that is the season we have faced,” he said.

“The vineyard team has been hard at work to help the vines get through these hot times.”

“During the spring we placed approximately 1500 bales of straw under vine. This enables the irrigation to spread better, it cools soil temperatures, increases soil biology and decreases evaporation. This really has made a huge difference in the vineyards.”

The winery only received 35% average rainfall from October throughout the summer, however managed to replace 55 acres of old spacing non-pressure compensating drip tube which also helped.

But irrigation can only get them so far.

“Rainfall? Well, there has been none! Without rainfall, this irrigation that we put only can only spread laterally a small distance as it has to try and force the air that has formed in the pockets of the soil. Hydraulics!”

“Taking in to account the losses from frost, hail and the very dry conditions I would not be surprised if the crop is not 30 % smaller than average. We had a cool spring in 2018 and 2019 which affects the potential bunch size for the vintage 18 months away so this year and next we have the potential for smaller bunches, flowering was pretty good this year but the lack of rain really has made berry size small. I suspect we will have smaller potential bunch size next vintage so we will need to re-evaluate pruning,” he said.

Despite the challenges, he remains positive for the vintage ahead.

“The vineyards look mostly amazing! When you drive into the property it looks great,” he said.

“Overall I think that the quality will be high for V20 reds will be better however the whites will most likely struggle to have much finesse, but with no expected rainfall for the next three months, we still have hard times ahead. But we are in far better condition than most! I have talked to mates in several growing areas and they are having it far far tougher than Tahbilk.”